The Portuguese Sumaca, Dois Amigos Brasileiros, left Bahia on 6 March 1824 and purchased 260 enslaved people at Badagry by 18 September 1824. The captain, José Ferreira de Barros, sailed the vessel back toward Brazil when Captain George Wollcombe of HMS Victor captured the vessel at an unspecified location off the coast of Africa. Although the ship’s owner, Vicente Paulo e Silva, was never formerly charged, the British and Portuguese Court of Mixed Commission, Sierra Leone condemned this vessel and registered 255 Liberated Africans by 15 November 1824. For more information, see Voyages ID 2945. 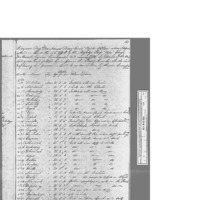 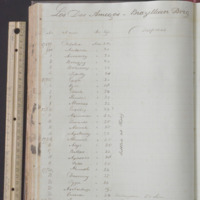