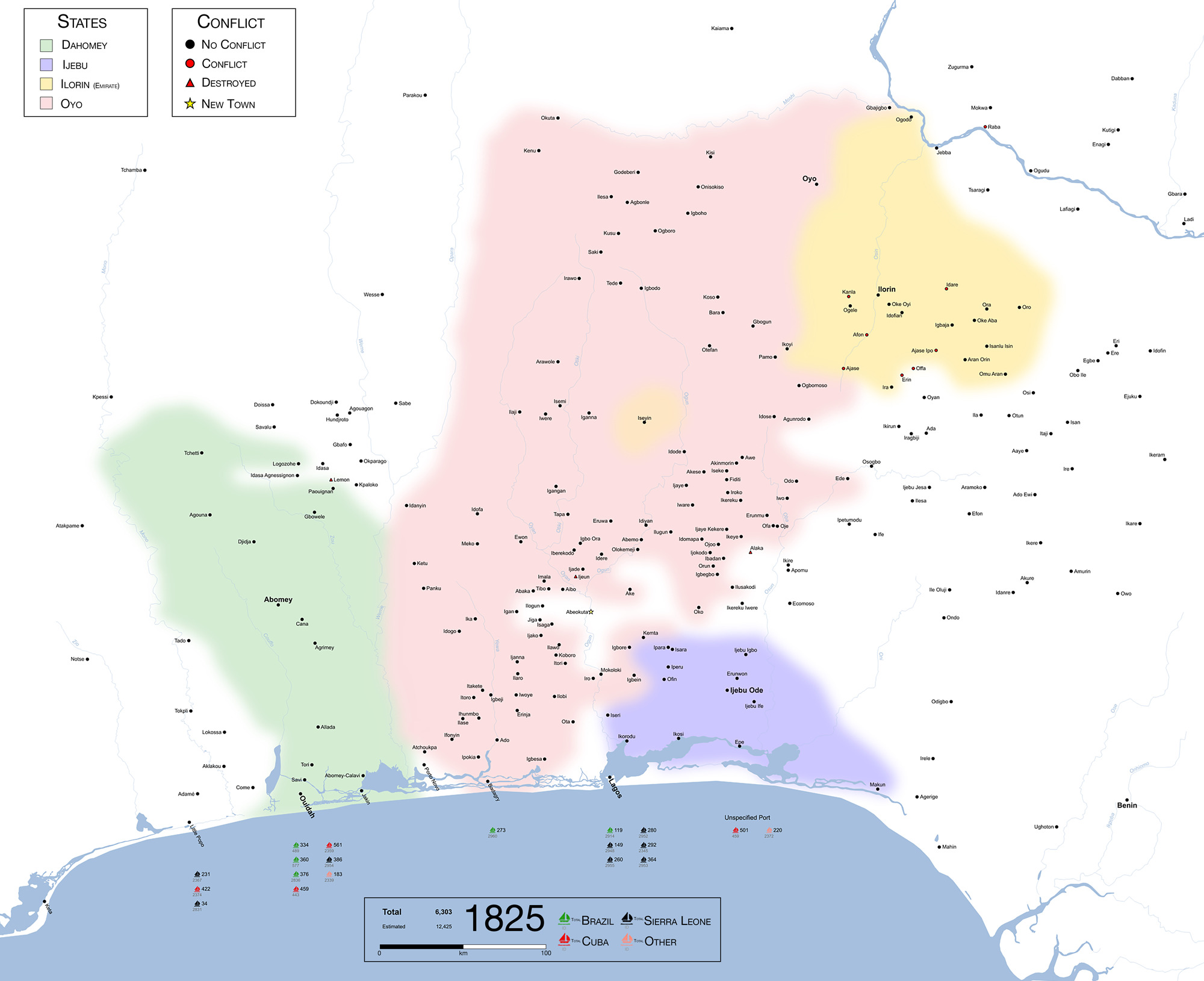 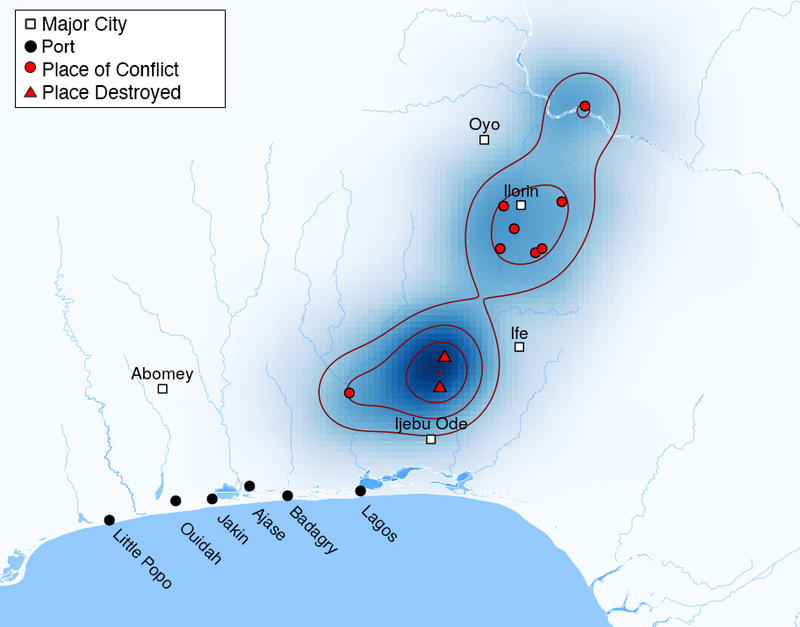 In 1825, Ilorin defeated the Nupe and Oyo alliance that had been formed in 1823, whereby the Nupe capital at Raba on the Niger River fell to jihād forces. According to Robin Law, “Ilorin meanwhile followed up their victory in the Mugbamugba War by taking the important town of Ofa, in the Ibolo province.”

This year also marked the beginning of Hugh Clapperton and Richard Lander’s journey from Badagry to Sokoto. Due to the various pockets of regional conflict, the expedition was taken through a narrow corridor winding around granite hills of a high plateau from Badagry through Ipokia, Ihumbo, Ilaro, Ijanna, Aibo, Saki and onto the Oyo capital. Without fully understanding local events and the geography, Clapperton’s reports of heavily defended villages essentially reflected the breakdown of Oyo’s effective power in the region. Jamie Bruce Lockhart and Paul Lovejoy demonstrate how Clapperton’s visit occurred “when Oyo retained only the merest toe-hold in Egbado.” 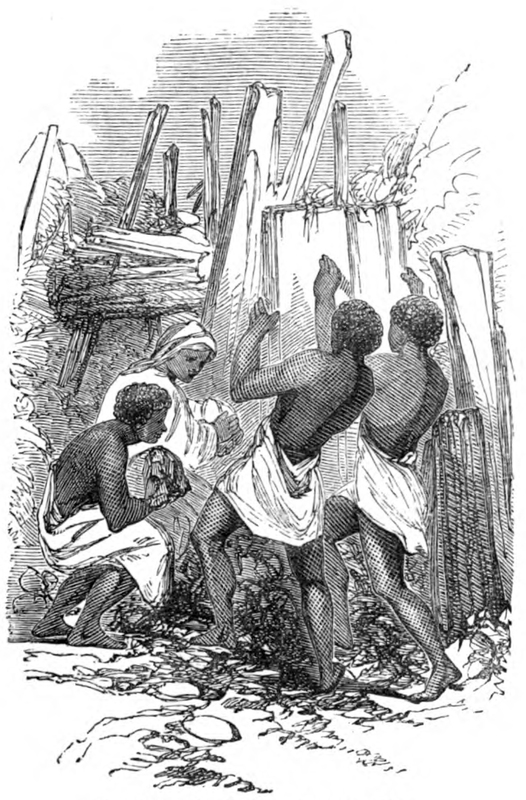 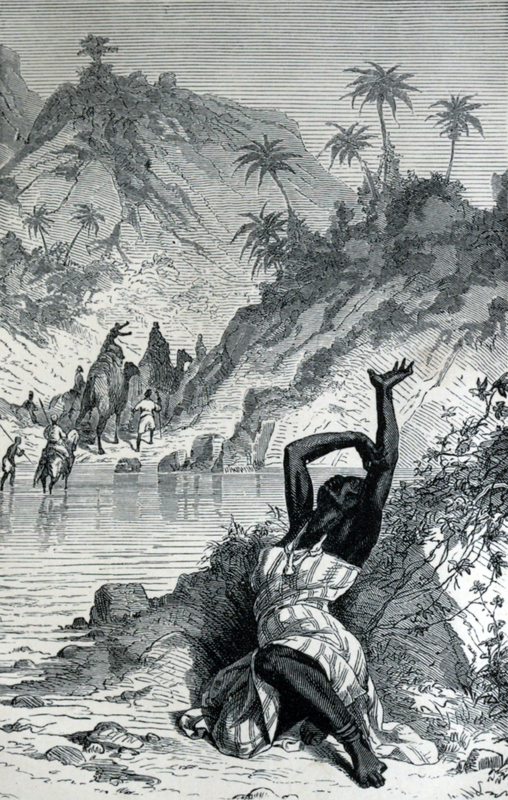 Slave Caravans on the March

According to oral traditions collected by the missionary H. Townsend, Egba refugees first settled at Abeokuta. The actual date of the foundation of Abeokuta is unclear, but it grew rapidly after 1824. In Mahi territory to the northeast of Dahomey, “Oyo forces fled in retreat across the River Weme” leaving their tributary Mahi towns to defend themselves thereafter. Dahomey continued to wage war in the region destroying the town of Lemon.

On the coast, nineteen slave ships departed from the coast between Little Popo and Lagos. They mostly went to Sierra Leone (8), Brazil (5), Cuba (4) and elsewhere (2). Total documented departures were 6,303, but estimates of departures from unknown locations soared to 12,425 people.