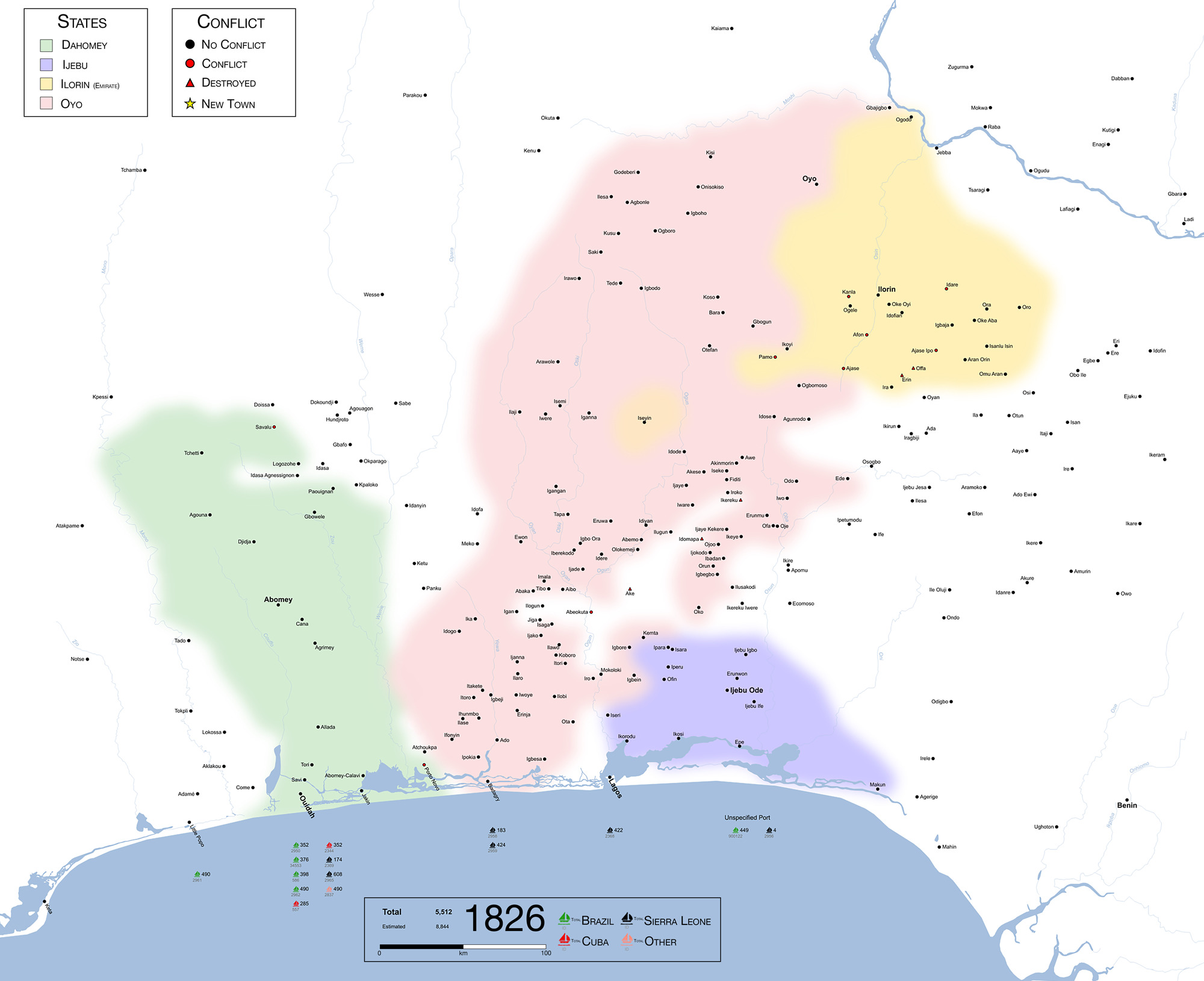 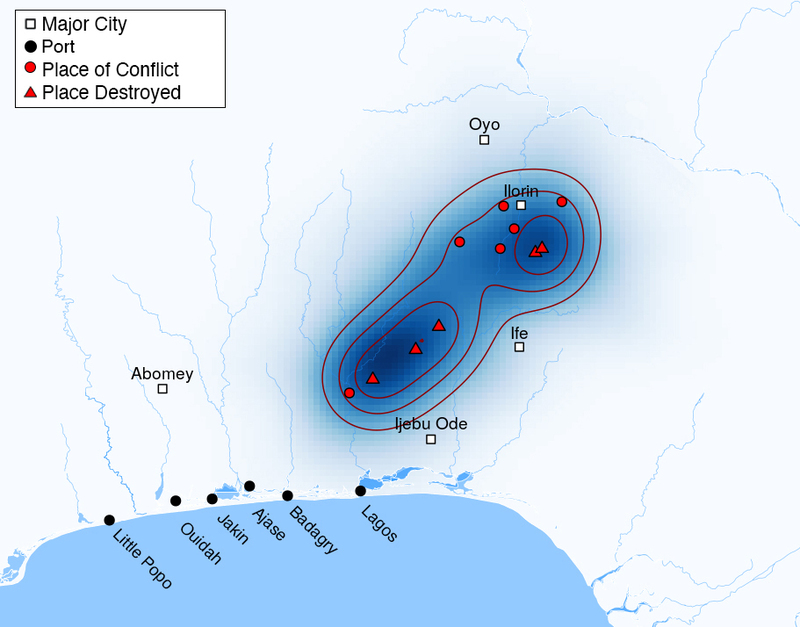 As Ilorin continued to raid Oyo territory, especially around Ikoyi and Pamo, violence escalated further in Egbaland. Ijebu “attacked Ikereku [which was] a useful market for [supplying] food stuffs.” Itoku, Oba and Eruwon allied with Ikereku. According to M. A. Mabogunje and J. Omer-Cooper, “the siege lasted several months …. The fall of Ikereku can be accurately dated to 1826. After the destruction of Ikereku, [the Egba army] moved to the northern part of the Egba country.” Bioabku confirms this date.

After Oyo’s retreat from Mahi territory, Law has demonstrated that Dahomey traders began buying slaves at Wawa, to the northeast of Kaiama in Borgu and on the Niger River at Yauri. Dahomey attacked “Adjassè,” which seems to refer to Ajase, which is the Yoruba name for Porto Novo. However, Hazoumé states that this place was “another Mahi region.” After consulting with Robin Law and Olatunji Ojo, “Adjassè” was interpreted as Porto Novo to illustrate Dahomey’s ongoing policy of blocking Oyo trade at the coast.

Fifteen voyages departed including those for Sierra Leone (6), Brazil (5), Cuba (2) and elsewhere (1). Shipping activity mostly concentrated at Ouidah, although ships left Badagry, Lagos and Little Popo, as well as unspecified locations. Total documented departures were 5,512 people, while estimates from unspecified locations were just over 8,800. 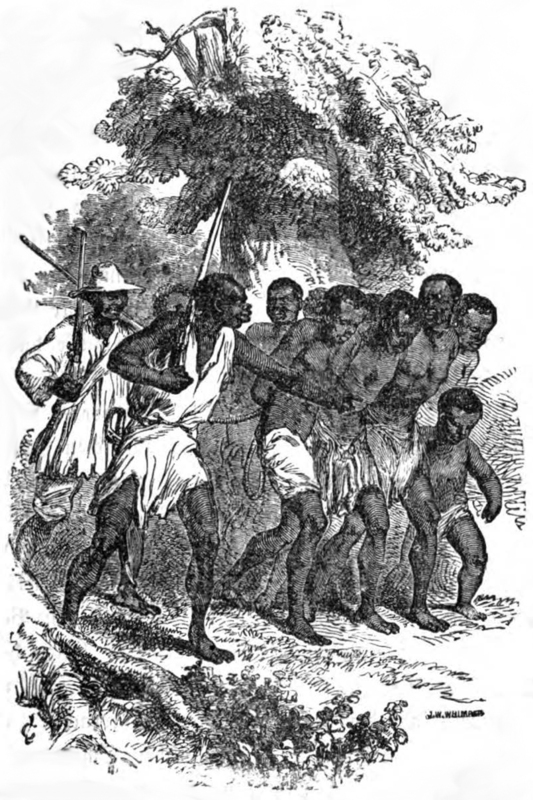 Marching Slaves to the Coast