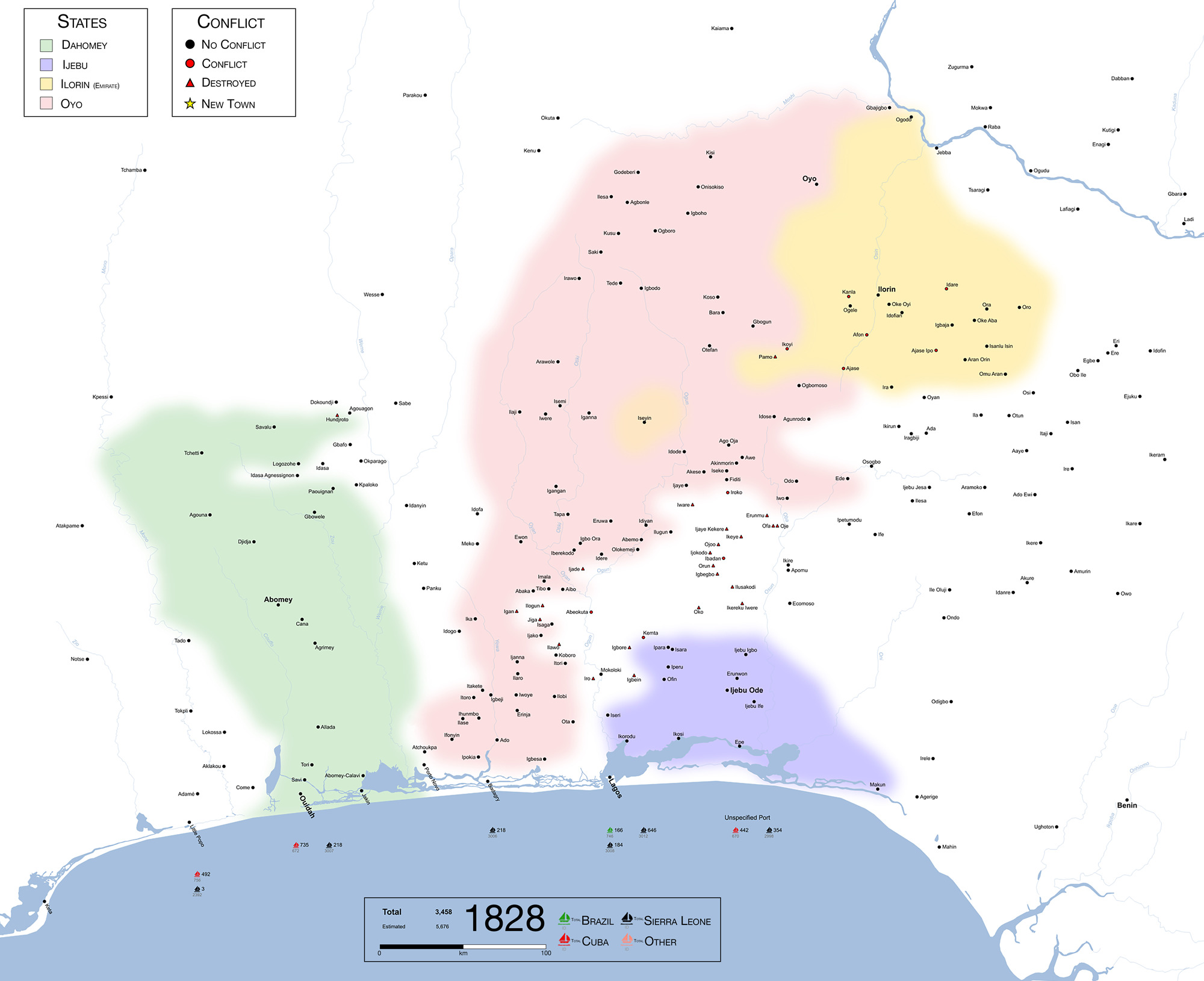 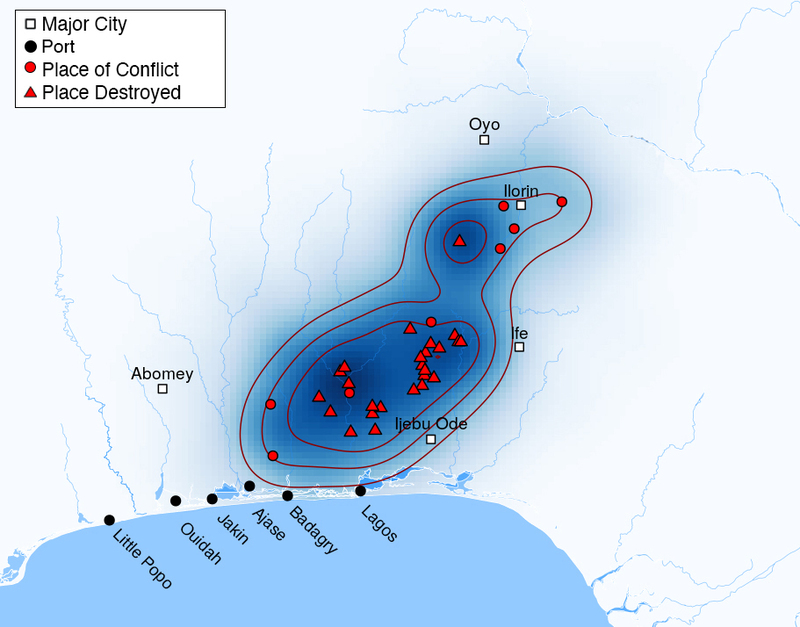 Ilorin continued to attack Oyo, while the Egba attempted to unite in the face of Ijebu inroads. According to M. A. Mabogunje and J. Omer-Cooper, “many towns were deserted and most of them set on fire by their own inhabitants. Following up their victory, [the Ijebu army] pushed through Ijayie-Maja, Kosi-Kosi, Ikerekuiwere, Ora, Ibadan, Ojokodo, Iwohaha and Eguoto the same night and reached Ojoho.” Dahomey, meanwhile, fought a second, successful campaign against the Mahi town of Hundjroto.

At the coast, the slave trade was in relative decline with only ten documented voyages, including six taken to Sierra Leone, three that went to Cuba and one to Brazil. Documented totals dipped to 3,458 individuals, while just over 5,000 people are estimated to have left unspecified points.

On the River Ogun, Between Lagos and Abeokuta 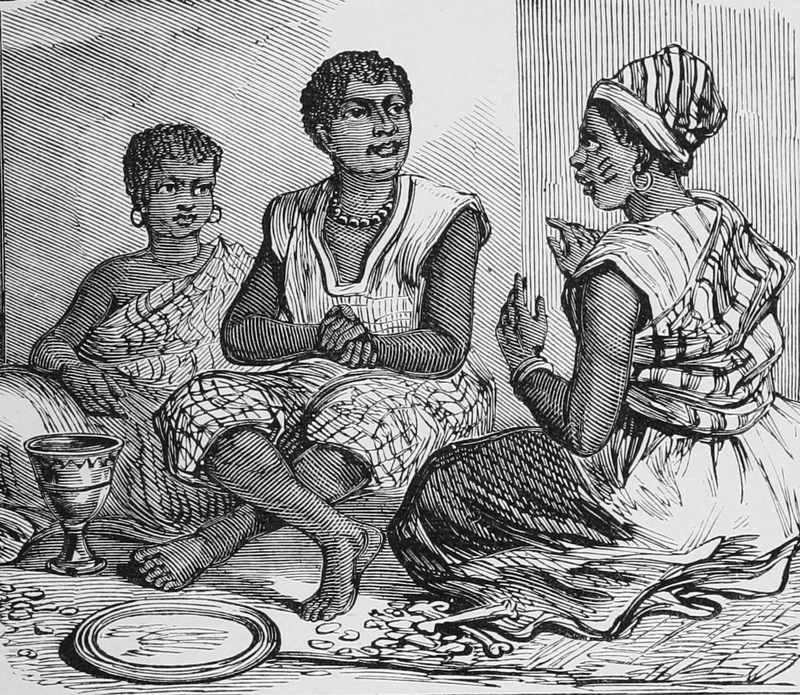