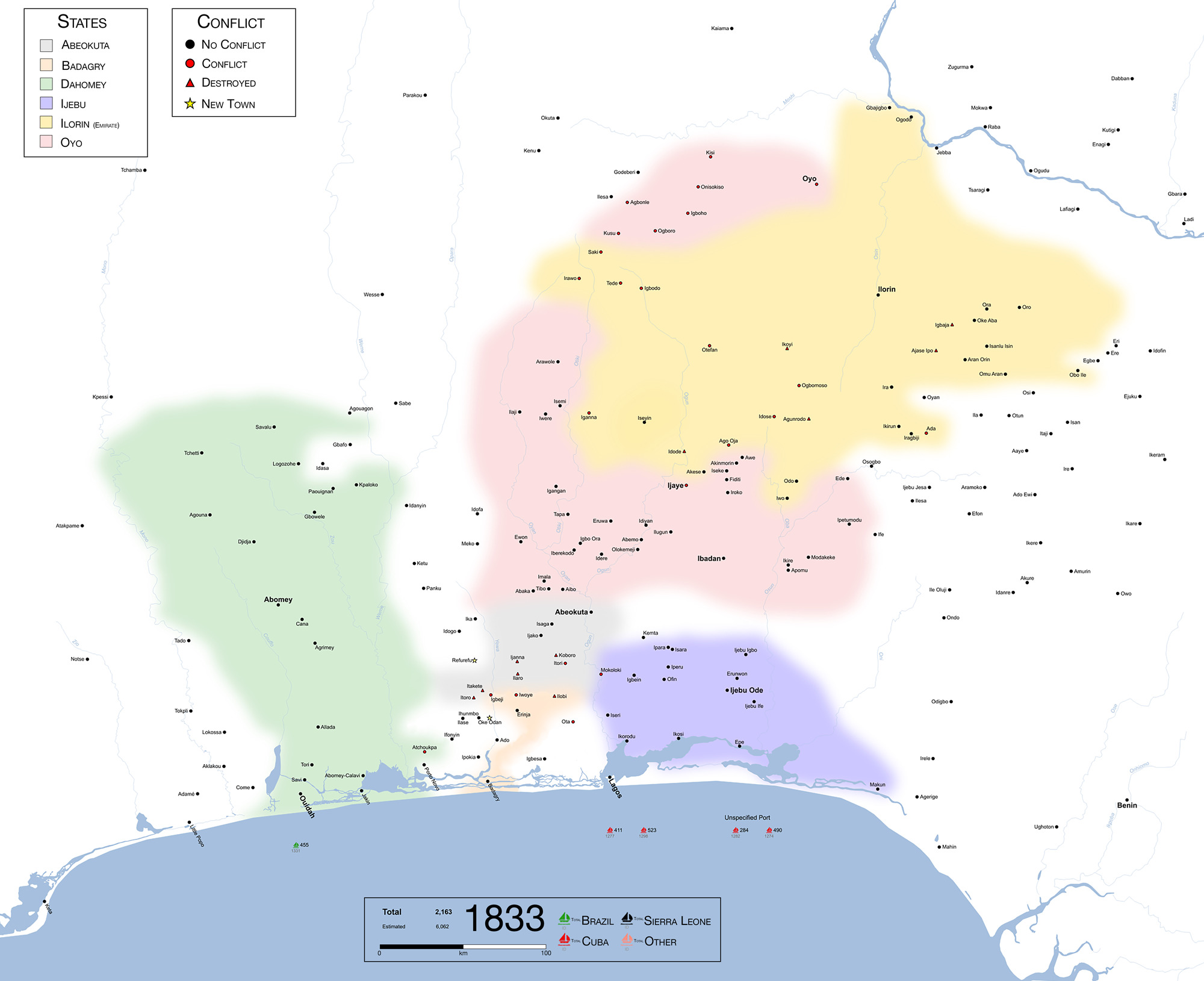 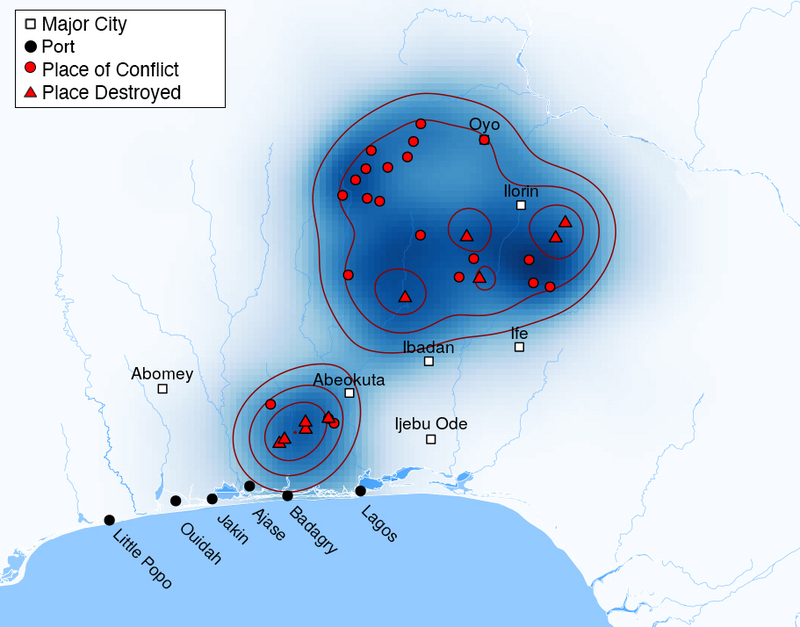 This year marks the end of the reign of Alafin Amodu, who was succeeded by Oluewu, the last Alafin of Oyo. By this time Ilorin “had either destroyed or subjected almost all of the important Oyo towns,” including Ofa, Ikoyi, Gbogun, Saki, Iganna, Akese, Ago Oja and Ogbomoso. Robin Law explains how only Ede “was shielded from direct attack by the River Osun, [while] the only independent Oyo powers were the newly established states in the south: Ijaye, Abemo, and Ibadan.” At Badagry, Adele still held control over most of the Yewa river corridor. Following the Owiwi war, Abeokuta and Adele’s Badagry mounted a counterattack against Ijebu and a contingent from Ibadan. According to Kola Folayan, this conflict

Resulted in the “mediatization” of the important Egbado kingdoms of Ilaro and Ijanna, and the reduction of Ilobi, Igebji and several other towns and villages in central Egbado, thereby establishing Egba power in the area. Henceforth, just as Dahomey constituted a threat to Egbado political security from the west, so did the Egba state become another pressure.

Samuel Johnson reports that the former rulers of Ilaro and Ijanna branched off and the town “Refurefu was founded by c. 1833,” along with Oke Odan. 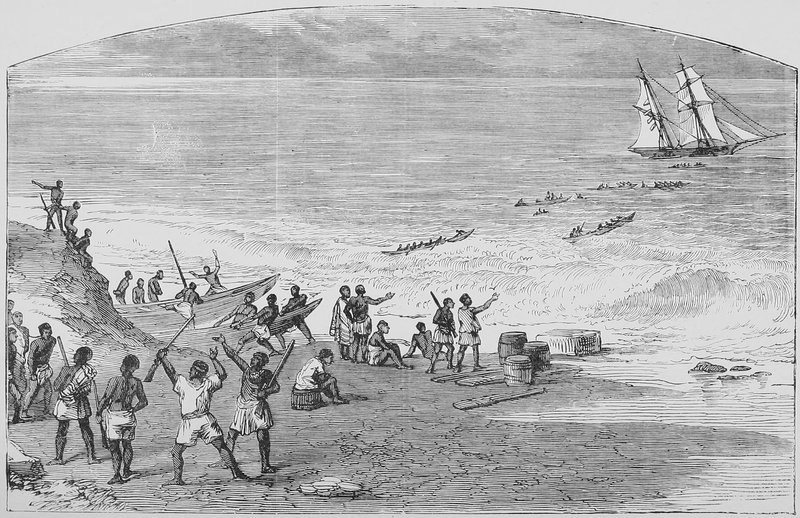 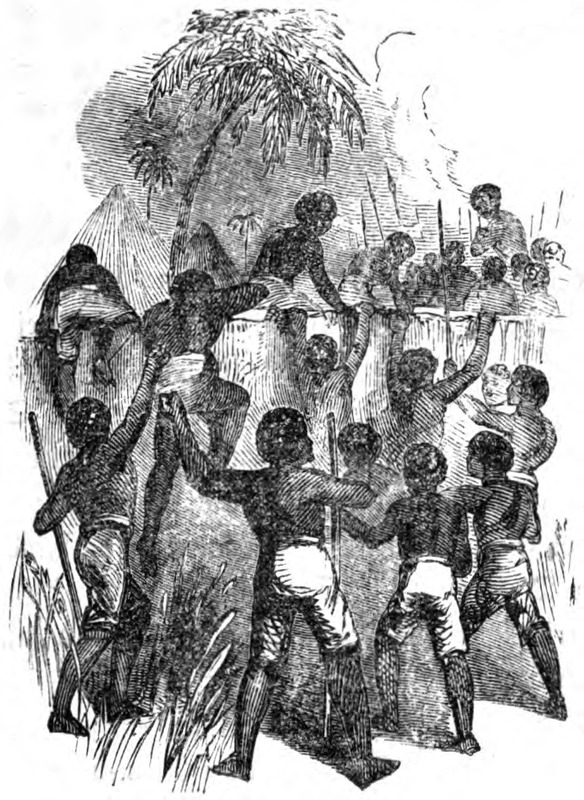 Soldiers Climbing Over a Wall

According to Law, Adele

assisted the Egba in these campaigns also, first by sending firearms and gunpowder to them up the River Ogun, and later by himself leading an army to their support; his personal intervention in the fighting probably occurred not at the battle of the Owiwi itself, but during the subsequent Egbado campaign, in which his forces are said to have taken the towns of Ilobi and Igbeji.

Meanwhile, Dahomey attacked the town of Atchoukpa to the north of Porto Novo.

At the coast, five slave ships departed, four heading to Cuba and one to Brazil. Documented totals were 2,163 people, although estimates suggest the departure of over 6,000 individuals.