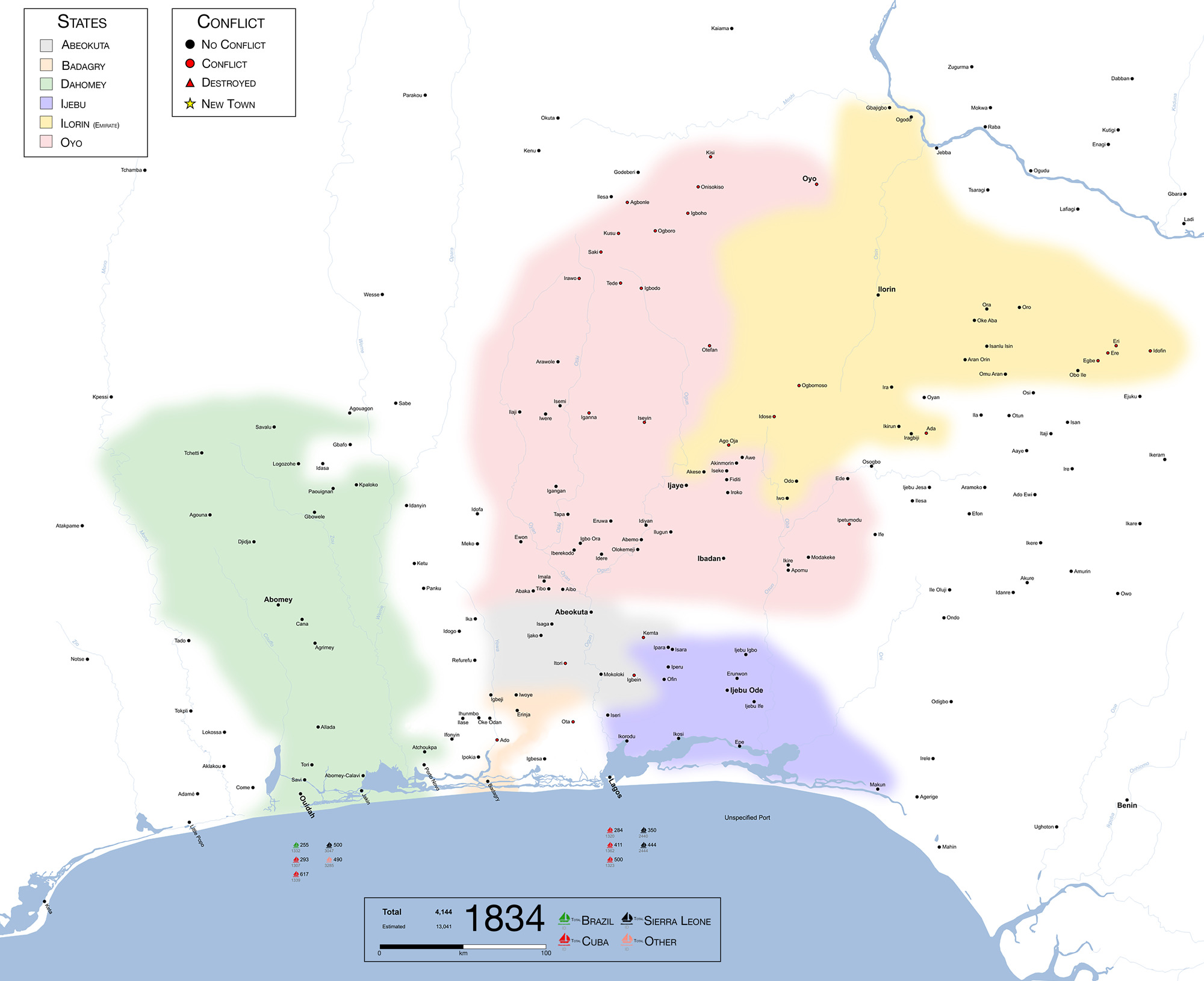 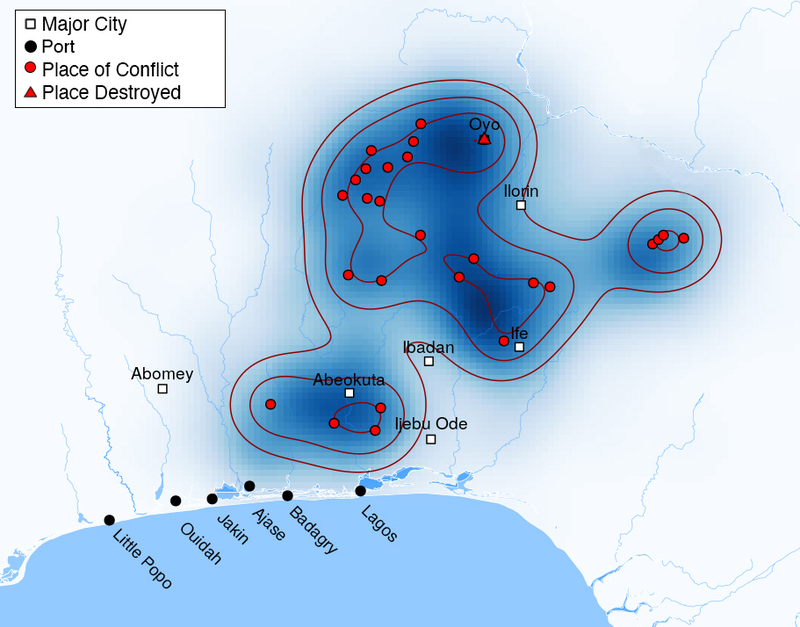 In ongoing attempts to reassert Oyo independence, Alafin Oluewu found support in factions of Bariba from Borgu, who had also “suffered invasions by forces from Gwandu.” The Bariba allies included contingents from Kaiama, Nikki, Wawa and Bussa; and together they “crushed the opposition” at the capital city of Oyo. In the aftermath, the Oyo and Bariba alliance recaptured the towns of Saki, Igbodo, Iganna, Iseyin and Otefan. Abeokuta attacked Ijebu encamped at Mokoloki, Igbein and Kemta, while Dahomey attacked a place called “Adodiza,” which might refer to Ado on the Yewa River.

In this year, ten slave ships departed, five for Cuba, one each for Brazil and the United States; and three were taken to Sierra Leone. Documented departures totaled 4,144 people, while the estimates for unspecified locations surged to over 13,000 people. 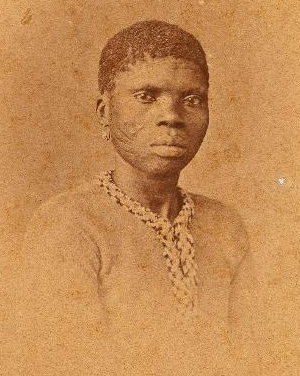